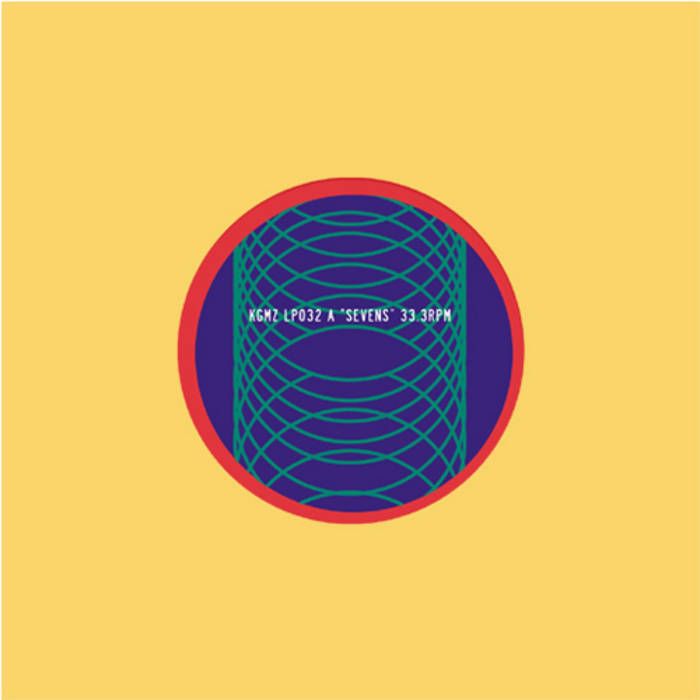 Emperor of the Underground of Doom..

Kogumaza make music that marries the sound of fuzzed-out psychedelic garage-rock to an ambient aesthetic, placing it somewhere between the infinite repetition of Moondog and the spiritual throb of Lungfish.

Formed in early 2009, the members' desire to break away from impersonal documentation-style presentation led them to develop an idiosyncratic sound and style that relies on the very free and loose manipulation of tones. Allowing what is basically a rock trio to expand and willingly lose control of their own sound in order for it to become greater and more beautiful than the sum of its parts. They are a small but mighty force.

There are 2 songs on this seven inch. "Sevens" explores the cyclical nature of the number in dense, spiralling patterns of echo and "Mara" (named after the Scandinavian name for the Sleep Paralysis phenomenon) slowly unwinds and morphs between shimmering wah'd harps and mesmeric, insistent heaviness.

Having established themselves performing with Zomes, Earth, Growing, Spectrum and many more, this 7" accompanies another on the Lancashire & Somerset label (home to Enablers and Nathan Bell) taken from the same recording sessions at the band's own Way-Out Is The Way Out studio.